The 2016 Olympics are over, but my mind is spinning with stories that emerged from the Games. Olympic training has so many parallels to our everyday health journeys. With that in mind, I’m sharing four Olympians’ stories that come with powerful takeaways.

If you’re struggling with motivation to make healthy choices, don’t miss these truths to unleash your personal focus and drive… 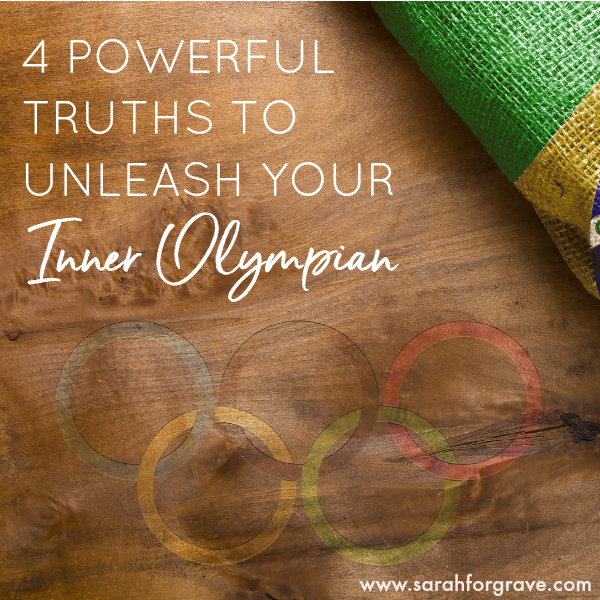 Swimmer Katie Ledecky came away from the Rio games with 4 gold medals and 1 silver, breaking 2 world records in the process. The thing about Katie is, these medals didn’t happen by accident. This Washington Post article spells out the detailed goal-setting process she went through in 2013 to prepare for these games, including some outlandish, “impossible” goals.

In the article, her coach is quoted as saying, “The idea was, what’s the man-on-the-moon goal? What’s going to get you excited for three years and make you want to get out of bed in the morning and go to practice?”¹

You may not have Olympic aspirations, but I suspect you have a dream in your mind when it comes to your health. Maybe that dream has been a foggy image out in “the great beyond.”

Why not give it some clarity today? Think big and then get specific so you know what steps you need to take. 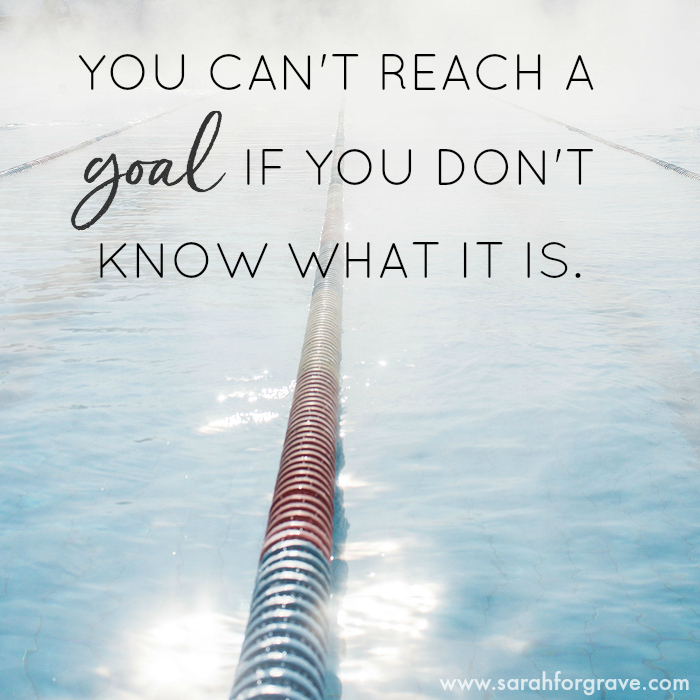 If you think a gymnast’s career is over at the age of 22, think again. A 41-year-old gymnast from Azerbaijan competed in Rio, making it her 7th Summer Olympic appearance. She not only competed; she qualified for the finals in the vault competition.² Even though she came away without a medal, her story is inspiration that age shouldn’t be a limiting factor when we’re striving toward a goal.

You may think, “That’s great and all, but she’s an Olympic-level athlete. She’s already fit and healthy.”

Let me tell you the story of a 70-year-old yoga instructor at my church. Around the age of 60, she was diagnosed with early signs of osteoporosis. She had never set foot in a gym before, but her diagnosis motivated her to take action. Ten years later, she teaches yoga classes and shows no signs of her disease.

You are never too old to make a change. Whether you’ve just had kids and think it’s the end of life as you knew it — or you’ve received a diagnosis like the woman I mentioned — don’t let your age or life circumstances define you.

You can always take steps to better your health. 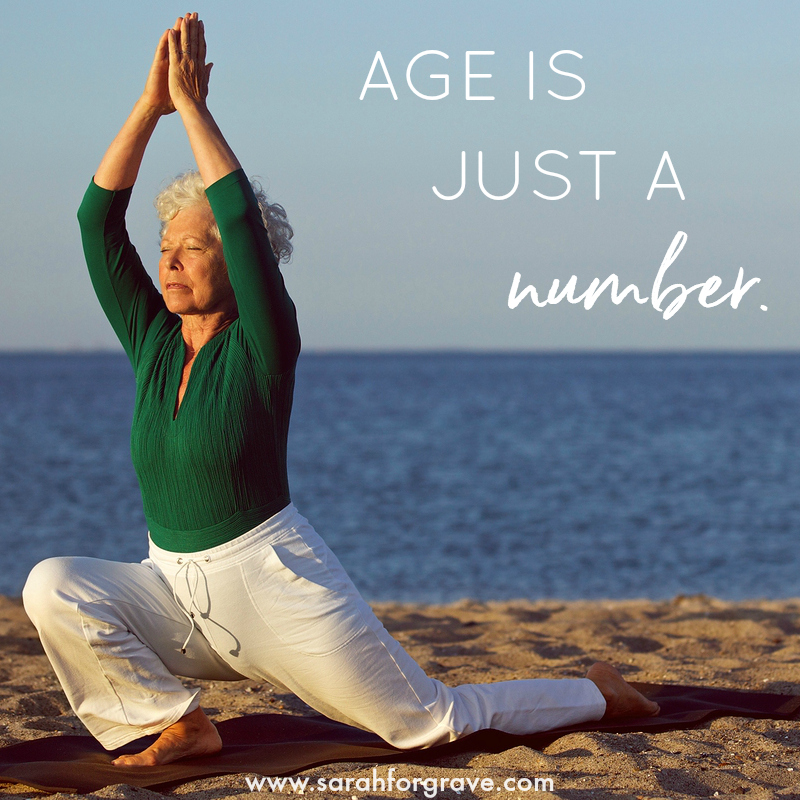 3) Your health is about so much more than you.

Have you seen the commercial about a swimmer from the first-ever Refugee Olympic team? The ad shares Yusra Mardini’s story of escaping from the war-torn country of Syria, only to find herself on a sinking boat in the Mediterranean Sea with almost 20 other refugees. She and her sister spent 3 hours swimming the boat to shore, saving the lives of all those on board.³

When Mardini competed in Rio, I would imagine she didn’t just have herself in mind. She was swimming for something much bigger than a medal or world record, just like she did on that dark night leading a boat of refugees to land.

You may not be called to swim a boat to safety, but here’s the truth: your health impacts so much more than what you see in the mirror. When your kids want to play with Mom or Grandma in the backyard, do you have the strength and energy to join them? When you have an opportunity to serve in your church, do you pass because you’re too tired?

The choices you make for your body — whether healthy or unhealthy — have a ripple effect. Love yourself and those around you by treating your body with care. 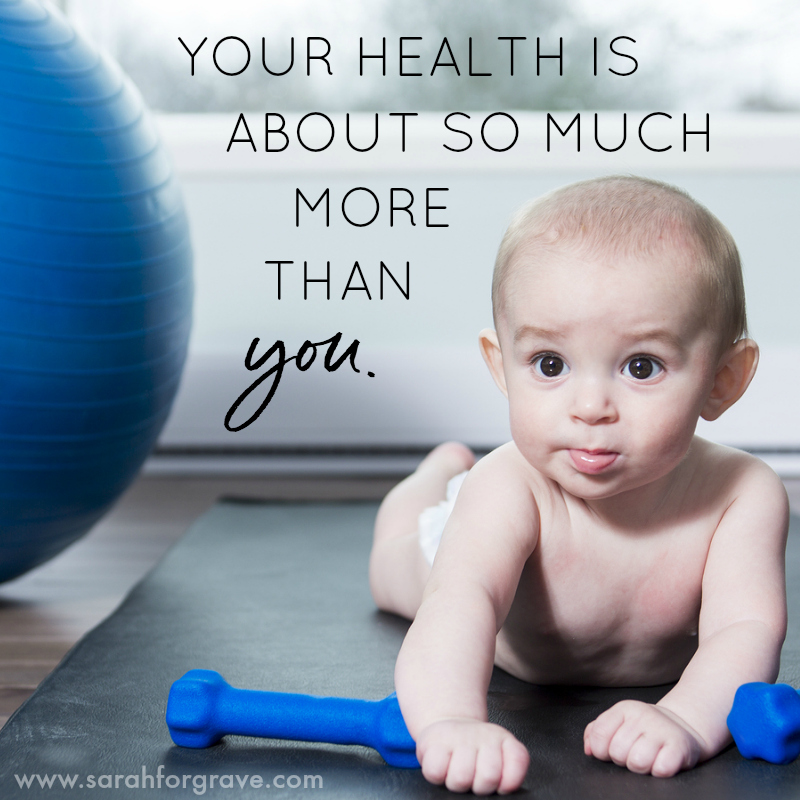 4) Getting knocked down doesn’t mean you can’t achieve glory.

The Olympic opening ceremonies brought many tear-jerker moments, but the biggest for me was the lighting of the cauldron.

I remember watching Vanderlei de Lima run the marathon in the Athens Olympics twelve years ago. He was in the lead when an attacker assaulted him, pushing him off the course. This was only three miles from the finish line. De Lima immediately got back up and continued running, but he won bronze instead of the gold that might have been his.⁴

Watching him light the Olympic Cauldron in Rio, with his countrymen cheering wildly, I couldn’t help but get emotional. A man who had literally been knocked down, forfeiting his chance at the ultimate prize twelve years ago, now had his moment of glory.

His story reflects the way our health journeys could play out if we let them. Unfortunately, many of us don’t get back up after we’ve been knocked down. We face a setback or make a poor choice, and we shrug our shoulders and say, “Oh well. It wasn’t meant to be.”

What if you got back on your feet and kept moving forward, with your eyes on the finish line?

What if you showed strength and perseverance and stuck this thing out all the way to the end?

What if you accepted that the journey is about so much more than a medal around your neck?

Your journey may turn out different than you imagined, but when it’s all said and done, the reward will be far grander than you could ever dream. 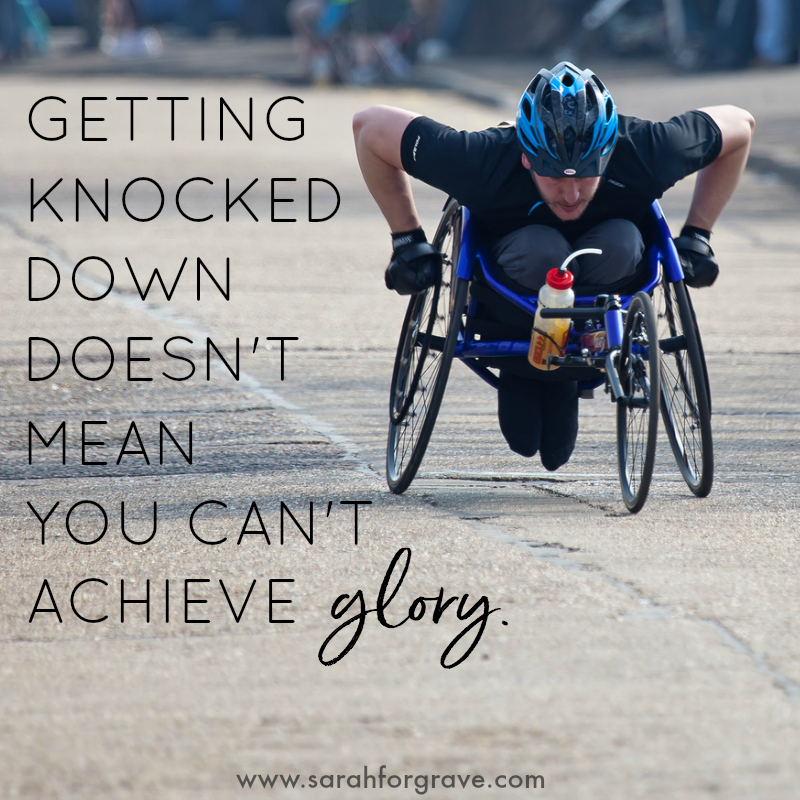 ONE SIMPLE STEP: Does one of these truths speak to you in particular? Take a minute to write down what the next step would look like for you. Be as specific and tangible as possible, or if you’re feeling stuck, ask a trusted friend for ideas.

ONE STEP FURTHER: If you’re a visual person, consider writing these truths on 3×5 cards and place them around your house or workplace. You might even want to add your own personal touch with drawings or pictures.