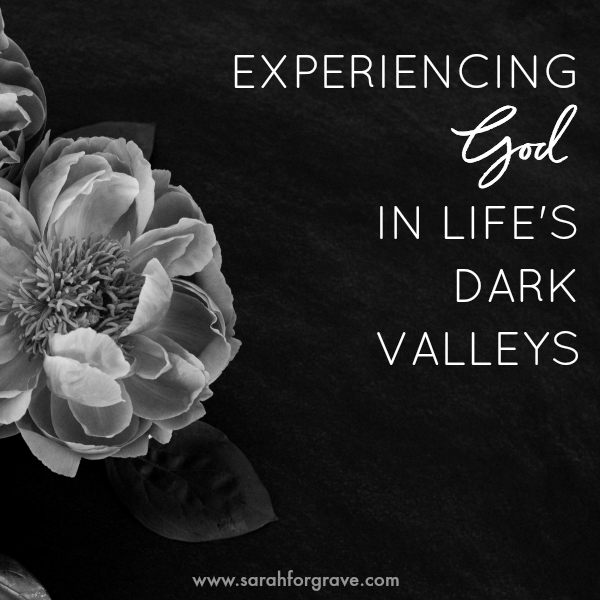 If you’ve followed my trust journey lately, you know I’ve been asking some hard questions of God. I’ve also gone through life-altering trials that have shaken me.

It recently struck me that the past eight years have been a perpetual season of trial in my life, with brief reprieves in between.

My son’s delivery eight years ago resulted in major internal injuries for me, which resulted in a year-and-a-half of being on long-term disability, visiting doctor’s offices every week, and going through multiple surgeries until I was finally given a clean bill of health.

After my daughter was born a year later, my sister’s declining health hit the point of requiring hospital admission until she could receive a heart transplant. She camped out in a hospital near me for six weeks, and after her transplant, moved in with my family until she was well enough to return home.

After my sister’s health improved, I began having issues with my monthly cycle, which sent me to the hospital for a partial hysterectomy. I recovered from the procedure, but continued to have health issues, which sent me for another surgery earlier this year.

Then on the first day of school last month, my son developed a serious infection that threatened to block his air passage. I took him to the ER, and he went into emergency surgery and the ICU for two days afterward.

This rundown doesn’t include the ups and downs of my writing career, or the financial burden of medical bills and roofing problems, or the death of my grandfather, or the everyday sicknesses and challenges kids bring home, or the marital hurdles my husband and I have had to work through in the midst of all these things.

Anyone could look at this list and say, “Okay, I get it now. You have permission to not trust God anymore.”

And yet, I’m still clinging to Him with all my might.

Because I can’t deny the proof of His presence.

It has shown up as a whisper of hope in the dark months after my son’s birth, when I was tempted to take my own life.

It has shown up as a Scripture reference as I sat in the doctor’s waiting room for the hundredth time and questioned why God couldn’t just heal me. |You knit me together in my mother’s womb.|

It has shown up as a worship song repeated at my church every week during the wait for my sister’s new heart. |Our God is healer, awesome in power.| And then sung one year later, on the anniversary weekend of her transplant.

It has shown up in the form of friends helping my family after my recent surgeries.

It has shown up in the form of little details being covered before I even knew they would need to be. My son’s ER trip taking place during a time when my mother-in-law was in town and could take care of my daughter. Scheduling a follow-up appointment with my son’s pediatrician and discovering I had a prescheduled check-up for my daughter at the exact time needed. An easy, providential switch.

It has shown up in the wisdom of doctors, friends, and family members directing us to just the right place at the right time, so we were able to catch my son’s infection before it turned catastrophic.

It has shown up in prayers answered before I even knew they were prayed.

It has shown up in a devotional email forwarded from a friend who “couldn’t shake my name when she read it,” and its message lining up with a vision God had been planting on my heart.

I could go on and on and on with examples like this, but I think you get the point.

I’m not a Biblical scholar or an archaeologist who can point to physical proof of the Bible’s origin. And if put on the spot to provide written evidence of His existence, I would be in over my head.

But here’s what I know.

I know God is real because I have experienced the power of His presence at work in my life.

Even when I’ve doubted or questioned Him, He has proven faithful.

Giving me hope to cling to Him for one more day.

Previous Post: « A Time to Rest: Pausing in the Midst of Busy
Next Post: A Morning Devotion Routine That Works! »